Travel Gremlin here to review the past year and talk hopes for new one. This past year, especially the second half, saw a lot of travel for work.  That I something I aim to improve upon (decrease) as the possibility of having a family gets more real.  Yes, I see some cool things like the image of above from Letchworth State Park in New York State, but often there is little time for anything beyond work.

In fact it is difficult to express how many places I have been this year without looking at graphic representation. As you can see on the map, I have been to a lot of states, with each pin representing a place I have spent a night.  It totals 16 states (Maryland and North Carolina are hard to pick out), and no less than 31 different locations.  I've easily traveled 10,000+ miles for work in a car and hopped on airplanes as well.  Don't get me wrong, I like traveling, but I do have a limit.

In spite of that, 2015 was a remarkable year in terms of pushing for financial independence (FI) and in my life in general.  I turned 30, and bought my first ever car from a dealership - instead of a family friend.  There have been several ups and downs, but I see a good path forward and have a plan to follow it.  So without further procrastinating lets take a look and see what happened and where I go from here.

In 2015 I received a total of $878.54 in dividends from my stock investments between my taxable and Roth accounts.  This represents a 10.67% increase YOY, with my taxable declining by 0.62% and my Roth growing by 31.18% YOY.  I had projected $930 in total dividends, and I missed that mark by less than $60.  I should be disappointed by this, but I am not.  My downturn in my taxable accounts is because my stock PGH has cut dividends (twice in fact).  This stock was from my early years, and provided a high yield, but I am no longer in that game and it still makes no sense to sell.  The lost income has now been made up and will grow faster with my current mix of stable stocks that are strong dividend growers.  Those stocks also represent more stable companies.  I see compounding interest as a reality going forward with my portfolio.

My dividend stocks gave me twenty-two raises in my taxable account and nine in my Roth account, as opposed to two cuts from the aforementioned PGH.  I will experience a cut from KMI in 2016, however despite that one cut I already know my income will increase due to multiple dividend raises.  I'm putting the 8th Wonder of the World to work.

In 2015 I also managed to grow my 401K by $4,400.  I remain below the maximum, but my goal is to first fund my Roth then the 401K.  However, I would be foolish not to take advantage of the extra money my company matches and use the 401K as a way to lower my immediate tax exposure.

2015 has seen a lot of change in my life beyond my investment accounts and turning 30.  We acquired a dog, who requires my time and is work, but I must admit he is an awesome pal.  My car engine decided to put in its 6 month retirement notice, so I got a new car.  Then my wife's car decided it was time to be pain, so that process was repeated.  I got a great deal on a new Honda Civic, trading in my old Accord.  My wife's old Nissan Xterra was exchanged for a Subaru Forester.  My car was just a deal I could not pass up, her car was a compromise of what we (she) wanted.  Both cars should last 15+ years and deliver us hundreds of thousands of miles, and both are wildly more efficient on gas.  I know we will deal with that debt now, but the goal is for those two cars to last a long long time.  Also we like the fact that no one else has owned them before; our metro area (DC) is known to have horrible drivers and any way to avoid them driving our cars would be great.

All of this equals a lot of debt, which when coupled with my wife's student loans means were are at a much smaller net positive.  However, 2016 will change that.  I achieved my Certified Hazardous Materials Manager (CHMM) accreditation and my wife finished her masters and has started bringing in a good deal more cash.   These positive changes will overrule the past costs, coupled with smarter home life and more savings allow us to push together into FI.

For further review my goals from last year were:
$1000 in dividends - goal failed, see above.
Get a side job - I continued reffing, but that has slowed down due to travel.  I have made extra cash from work travel, passed the CHMM, and do Inbox-Dollars emails, so that adds some change.  I feel less need for this with my growing list of professional certifications.
Loyal3 $185 dividends - goal failed, I hit $176.66, so darn close!

Whew, those are some much better and clearer goals for myself than last year. 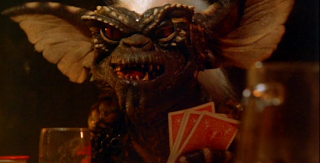 #1 Gremlin here again to talk about how I've been improving my portfolio via Loyal3.  Over the past two years I have been using Loyal3 as a low cost way to start a bunch of positions in stocks I intend on keeping for a long time.  I am not always getting the best deal, but I usually am getting a decent one.  Using cost averaging and knowing I am on a long term time frame allows me to invest perhaps with more freedom than people who desire instant returns.  This month I put a solid amount of my "disposable income" into new income generating stocks, instead of doing something cool with it.  So, let's see how I did!

A total of $585 was put to work, a decrease of 0.025% from last month when I added $600.  It adds $15.47 of annual income to my 12-month forward outlook.  I like all of the companies, though I want to see a few better valuations.  I started one new position with DNKN, and the rest were enhancements of prior positions.  Last month I initiated a new position with GPS as well, so that is fairly new too.  Both new stocks, but especially GPS, are well valued.

Concerning DNKN, I find their growth of the dividend to be excellent, being a near-challenger with four years of excellent growth from zero to 2.5% (approximately).  Historically, the stock is undervalued considering its average P/E ratio of the last 5 years.  Qualitatively, I like the brand.  Strong on the East Coast (which is one of the best bases to call home) of the USA and other parts of the world, there are still lots of areas with out a Dunkin Donuts franchise.  This means there is a lot of room to grow, both domestically and internationally.  In fact there are only a handful in California, the biggest state economy in the USA.  DNKN has followed the other large coffee chains with intense merchandising and marketing, putting things such as coffee and K-Cups in other stores.  Also notable the fact that DNKN owns Baskin-Robbins, giving them a second market with ice cream and desserts.  Baskin-Robbins is also well merchandised outside of its establishments; I have seen numerous varieties in grocery stores.  What is your opinion of DNKN?

There are about four other stocks I like that Loyal3 offers.  I do plan on acquiring them if, and only if, they become fairly valued or better in the time I plan to use Loyal3 to build positions for my standard account.  I do see myself adding one or two next, but I will likely focus on filling out those I've started or not yet completed.

- Gremlin
- Long all stocks
Posted by Dividend Gremlin at 18:41 4 comments: 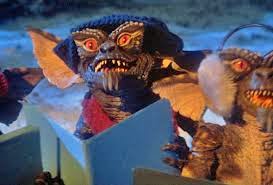 Winter Gremlin here to talk about a recent buy.  It has been a crazy few months with lots of travel through which I have been diligently saving for a large purchase outside of the Loyal3 realm.  I've been looking to expand my holdings to new companies and widen my base in the market, as increased company diversity is one of my goals.  Recently, a lot of companies have regained value they had lost months ago, but not all of them.  In particular the industrial sector has been hammered pretty hard, and nice valuations abound.  The particular company I chose manufacturers products for use in the electrical industry, hydraulics, aerospace, and other industry.

Today I seized the initiative and acquired Eaton Corp. PLC (ETN).  I received 24 shares at $50.32 / share, without a commission.  The current P/E ratio is approximately 11.65 and yield is 4.32% (on current cost).  Looking at past dividend payouts, ETN has managed to a 5 year DGR of 17.1% while keeping an approximate payout ratio of 52%.  Holy crap, I like this stock and considering its recent decline in price it was hard to resist.  This purchase adds $52.80 to my forward 12-month dividend income.

This purchase was not a hard choice to make.  I like the industries they feed, their wide foot print and how they are generous with shareholders.  On top of the growth rate of the dividend, the price of the stock has been nominally positive over the past decade.  The board also frequently buys shares back, increasing my value.  Lastly they inverted their structure and are headquartered in Ireland, this allows for dividends to count against cost basis (I think I am reading that right, correct me if I am wrong).  I just see positive trends on their side, and I am excited to earn some of it.

What do you think of ETN?

I will update my portfolio page at the end of the month, keep enjoying December everyone.
- Gremlin
- Newly long ETN!
Posted by Dividend Gremlin at 13:22 No comments: