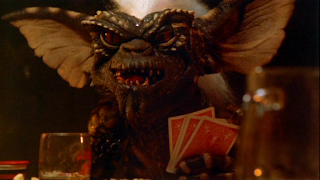 Sports Gremlin here (I agree, poker is not really a sport, but its the closest thing there is next to Streaker Gremlin...).  Anyways, today begins my favorite sports tournament, the UEFA's European Football (Soccer) Championship.  Yes, despite the fact that the USA is hosting and in the Copa America right now, this is my preferred tournament.  Two reasons for that; one the Copa America will have no future impact on other tournaments, and two there is a special amount of history and drama in the Euros.  It is a tournament that can elicit rivalries that are centuries old, played out by guys who might even be paid by the same clubs all of a sudden against each other.  So below I have included a graphic showing the groups.


France in green represent the host nation, and the others in yellow are picks to move on to the next round (that does include France).

I'd be lying if I did not think France has a huge advantage in this tournament, they do.  They are home, and they are really good.  The other usual suspects that have a chance at a deep run are England, Germany, Spain, Belgium, Italy, and Portugal.  All of those teams have strong talent pools.  The question is will teams like England, Belgium, Italy, and Portugal be able to turn their players' abilities and successes at the club level into something at the national level?  Germany has done it recently, and their progression should be noted for turning a team of individuals into cogs in the machine.  In fact Germany is probably the scariest team on this list; they lose any player and just call up their proverbial clone.  That's a nightmare to play against.

Also there a bunch of teams that are not at the same levels of the big fish, but are very dangerous squads in their own right.  In no particular order I would state these are Switzerland, Wales, Slovakia, Poland, Czech Republic, Croatia, Austria, and Iceland.  To be fair, all of the teams in this tournament are good, which makes it a much higher quality field than the World Cup.  There are no slouches here.

So what is my prediction?  Well here it is:
1st / Winner - England.  This is a huge limb I am going out on, because they as a team are always a ticking time bomb of implosion. However, I do believe their early pool play versus Wales will put them in the right might set to conquer Europe once and for all. There qualifying campaign was also a gem.
2nd - France.  Home field advantage is huge, but I don't think it will be enough.
3rd - Poland. I think this is their year for a deep run, with a good team.
4th - Germany. Consistency is their thing, though I don't see a repeat this year of the World Cup.

Teams that will surprise with deep runs (dark horses):
Austria - This is a squad that can easily destroy the ambitions of a more seasoned squad.
Iceland - Its their first major tournament ever, they have nothing to lose.
Czech Republic - A quick look at their qualifying campaign and you will see this is not a fun team to play against.
Slovakia - Ditto of the Czechs.  If I were Russia and Wales, I would be really concerned in this field, the experts at ESPN and other places be damned.
Belgium - If they win their pool, I feel really bad for whoever gets the unhappy privilege of playing them.

What do you watch in the summertime?  Personally, I will be outside doing stuff for most of the games, but recording games using a DVR so I can enjoy them at night.

- Soccer Gremlin Out
Posted by Dividend Gremlin at 12:36