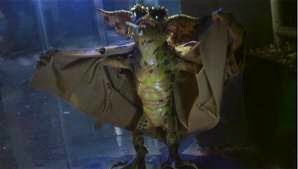 Streaker Gremlin here to talk about April and May.  Spring is here, time for the weather to get nice, which means no more need of this jacket.  That's right, its shorts and sundress time; some of the best times to get outside and enjoy the world around us!

April was a rather bland month on my fiscal self, apart from a rather enlarged credit card payment due to my new car's down payment.  At this point all of those strange purchases are done, and my credit card bill will back to normal.  My portfolio provided me no surprises, but did give some reason to smile with a few increase announcements.

In terms of dividend increases, I realized five this month; new purchase Chubb Corp (CB), Realty Income (O), Dr Pepper Snapple (DPS), Coke Cola (KO), and Canadian Imperial Bank of Commerce (CM).  CB, DPS, KO, and CM both provided healthy increases in their home currency.  O provided its usual quarterly increase, making it the third time I have seen a raise from them this year alone.  Five new dividend increases were also released to the press including Apple (AAPL), Unilever (UL), Kellogg's (K), Johnson and Johnson (JNJ), and Kinder Morgan (KMI).  Those names almost speak for themselves entirely.  Even the lowest increase was 2% (K), still is approximately a cost-of-living increase.  AAPL was the leader with an 11% increase, and the remaining increases being around 6-7%.  That is the coolest thing, to get those raises for doing nothing any differently!

I did not make any large purchases, but I did add 3 new shares of Microsoft (MSFT) and 2 of KO.

I only owe one future debt - my car.  That will begin to get paid off next month, and I plan on staying ahead of the game.  Hopefully that is the only thing I have to deal with for a while, though I have more than a sneaking suspicion my wife wants a dog.  Don't get me wrong, I love dogs, just don't like paying for them or picking up their poop.

Next month should produce around $67 in dividends, which is a 10% year-over-year increase.  I expect to realize two raises next month, AAPL and KMI.  I expect to pick up more shares of KO, UL, K in my Loyal3 account, but probably not MSFT with its recent price run up.  In addition, May is a bonus month, meaning I get 3 pay checks instead of the normal 2.  This will provide impetus for a large purchase in June or July.