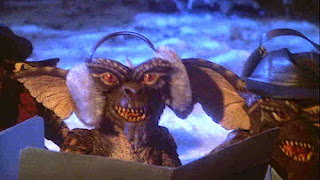 No More Snow Gremlin here to talk about a recent buy.  I was recently presented with an opportunity to use a free buy, but I had to do it quickly as it was expiring.  I received  the free purchase thanks to my wife's birthday, so that is pretty cool.  Cheers for joint accounts!

Anyways, my job has moved me to another location with a nicer commute, though the position itself is not one I intend to be doing long term.  I am sure this sounds somewhat confusing, but yes it is the same job working in a very different position, which is kind of annoying.  That is about all the news in my life, except for this recent purchase that I made.

Today I added shares of The Bank of Nova Scotia (BNS), which is a new position.  I bought 14.4219 shares at $38.83 / share, using a free trade.  The current P/E ratio is approximately 10.06 and yield is 4.90% (on current cost).  Looking at past dividend payouts, BNS has managed a 5 year DGR of 4.7% (in Canadian Dollars) while keeping an approximate payout ratio of 51%.  BNS has raised their dividend 43 out of the last 45 years, and maintained it the other two.  They have been paying dividends since 1833, and did not cut them during the financial crisis of 2008 - though they were frozen.  This purchase adds approximately $24.50 to my forward 12-month dividend income, including the 15% tax imposed by Canada.

Canadian Banks such as BNS and CM are excellent financial institutions.  During the crisis of 2008 they stayed put, and have bubbled up with the Canadian economy.  Sure the Canadian economy is potentially walking around a few landmines, but the banking laws and traditions of Canada are aimed at prevent catastrophic failure the kind of problems the USA saw in 2008.  I am very confident in this stock, being my second Canadian bank that they will keep chugging right along.  Most of the big banks up North have histories that are almost 200 years old including dividends paid.  Those facts make me excited with this purchase, and I am fully confident that I have received a splendid deal.

My major concerns do revolve around the strength of the US dollar, considering BNS pays in Canadian Loonies.  In addition, a housing market crisis and the continued oil price decline present some issues for BNS, which does have its tendrils in these items.  Will they break BNS' back?  Likely not, but could they give it a rough time?  Yes.  Still, looking back to 2008, I have full confidence in their ability to weather this storm.

What do you think of BNS?

I will update my portfolio page at the end of the month, keep enjoying winter everyone!